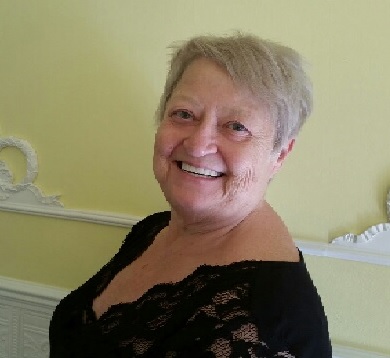 Sharon was born and raised in North London and has been a medium for over 30 years and has had the privilege of seeing and experiencing many amazing aspects of spiritual reality.  She was told as a young child that she rarely mixed with my family but kept to herself in a spare bedroom upstairs  and it was there that she could often be heard talking to people that were “not there”.

It soon become apparent to her that she was in search of God and that connection. Around the age of 11 years old she started skipping school and spending her days in churches and graveyards instead. It was there that she felt at home and connected to a higher power, which at the time Sharon did not understand. She always felt different from other people and had a sense of loneliness.

Sharon had many experiences in her childhood that at the time she found unsettling as she had no one who could explain these to her until many years later when she first attended The Arthur Findlay College for the first time. She was privileged to be able to attend a public demonstration given by Gordon Higginson. At this Demonstration she was the first person to receive a contact from the spirit world via Gordon’s Mediumship; it was extremely accurate and truly amazing. Since receiving that evidence, Sharon has never again been frightened of the spirit world. It was that night that started Sharon’s journey of working for God and serving the Spirit world which is Sharon’s World. Rev Brian Robertson said “Sharon is in the God squad”.

Sharon’s passion is teaching others to connect with their great power within as well as the Divine.  As a Course Organiser Sharon has high standards and encourages others to find a link with the spirit world for themselves, using the following faculties of Mediumship: Evidential, Healing, Trance Speaking and Trance Healing.

Sharon has a dedication and a hunger for working towards producing Physical Mediumship and in doing so encourages students on her courses focusing on these faculties to take the opportunity to experiment with it for themselves and, in doing so, gaining an understanding. Also on the majority of Sharon’s courses she takes the opportunity herself to do an experimental physical séance for the students where there has been some good results. However, there is no guarantees that physical mediumship will materialise.