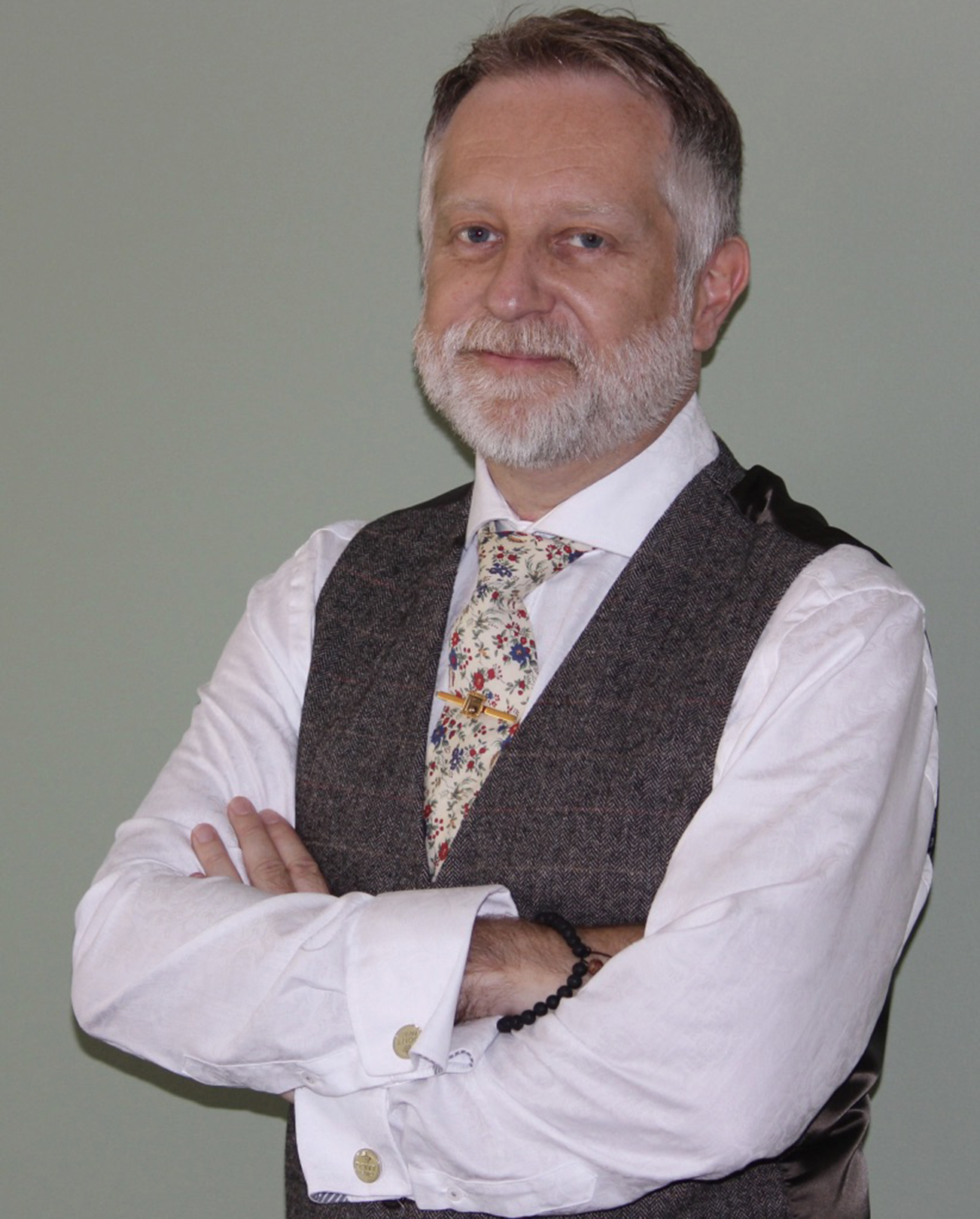 Simon James has been a tutor and course organizer at the Arthur Findlay College since 1992 where he teaches both students and instructors of mediumship. He is a minister of the Spiritualists’ National Union, vice-president of the Inner Quest Foundation, and minister at the Open Door Sanctuary in Victoria, Canada. He holds a master’s degree in Consciousness, Spirituality and Transpersonal Psychology, a BSc in Applied Psychology, and has more than thirty years’ experience in the art of the Tarot, its mythology and practice.

Simon James is one of today’s finest classical spiritual mediums and a living link to the British tradition of the early 20th century. He was one of the few mediums trained by the renowned Gordon Higginson, then President of the Spiritualists’ National Union and Principal of the Arthur Findlay College where, some years later, Simon James himself became its youngest tutor. He subsequently founded the Spirit of Youth and was also a founding member of Spiritualist Aid.

Simon is a much sought-after author and spiritual lecturer whose vast knowledge of comparative religion and ancient spiritual traditions brings a richness of historical continuity to his work as a teacher of both healing and mediumship.

His passion for the mediumistic arts, and the integration of psychology and spirituality (transpersonal psychology) as it applies to mediumship in daily life, has informed his life’s work with mediums, teachers and medical professionals worldwide.

“I believe that mediumistic knowledge is not the domain of the few, but rather intended for the spiritual well-being of the many.”

Simon James is above all a healer and a Renaissance man whose depth of knowledge of mythology, psychology, ancient religions and esoteric traditions underlies the richness of his teaching. His humour and depth of compassion have uplifted all who have come within his compass the world over, as he shares his innate wisdom as teacher, guide, inspirational speaker, healer, and remarkable spiritual medium.